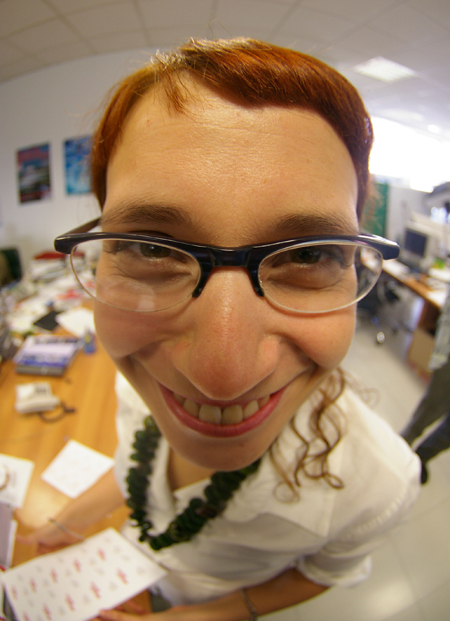 Laura Pasquazzo was born in Borgo Valsugana, Trento, in 1979.
She graduated in Industrial design at Polytechnic of Milan. Since then she has been attending several classes about advertising communication, photography and print technique; she has worked with graphics and communication agencies in Milan.

In 2003 she began several projects as art director and layout artist for Casa Editrice Olimpia and l’Editore. Meanwhile she organized events for MontBlanc, Barilla, Fidelity International, in several European cities as Paris, Bruxelles, Sevilla, Madrid, Vienna. She took classes about web design and photo-retouch.
In 2008 she became a partner of Paopao studio.

Inside the Paopao studio, she deals with visual communication and productions.